Journal of Indian Law and Society Organizes a Lecture

ABOUT THE SPEAKER: Oishik Sircar is a PhD student at the Melbourne Law School 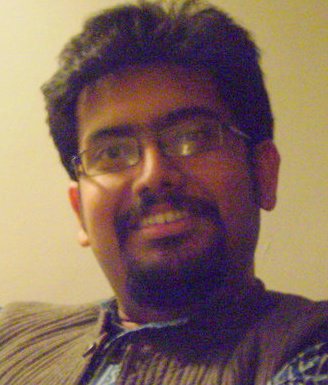 and Honorary Research Fellow at the Collaborative Research Programme on Law, Postcoloniality and Culture at the Jindal Global Law School (JGLS), India, and was until recently an Assistant Professor at JGLS. Previously he was Research Fellow, Centre for Human Rights and Citizenship Studies, West Bengal National University of Juridical Sciences, Kolkata and has taught as visiting faculty at the Women’s Studies Centre, University of Pune. Oishik has worked with Amnesty International and the South Asia Human Rights Documentation Centre. Oishik researches and writes in the areas of visual culture, affect studies, queer theory, feminist theory, law and humanities and cultures of human rights. He has co-directed two documentary films.

ABOUT THE PAPER: The title of this paper draws on Dipesh Chakrabarty’s book Provincializing Europe’s two introductory chapters in which Chakrabarty creatively re-reads the idea of ‘lack’ through postcolonial historiography and offers a sophisticated analysis of Marx to understand the “life process” of capital through two historical trajectories – one of capital’s universal narrative that deals with historical difference by temporizing it, with the ability to subsume all progress under its logic (“History 1”), and the other that constantly interrupts the totalizing thrusts of capital and makes room for the politics of human belonging and diversity (“History 2”). Following Chakrabarty, Part I of this paper offers two histories of desire in contemporary India: one that follows the liberal teleology of repression to emancipation of non-heterosexual sexualities; a narrative that feeds into and reproduces the magic of modernity (Desire 1), and the other in which desire is inhabited and performed through bodily habits and unselfconscious collective practices of the everyday and ordinary which are not automatically aligned with the logic of capital (Desire 2). The disruptive potential of Desire 2 is identified by reading its ‘lack’ otherwise and locating it within non-bourgeoisie spaces that Partha Chatterjee calls ‘Political Society’ or what Asef Bayat calls ‘non-movements’. In Part II, the paper attempts to understand how the desire for being constituted as a citizen in a globalizing India is being allured through practices of individuation and responsibilization where the borders of citizenship are being expanded to ‘tolerate’ sexual anti-citizens; but as citizenship gets sexualized, its practices get privatized and self-disciplined through the operation of Desire 1. By reading a select set of archives (legal, visual-popular, subaltern) of sexual desire the paper will argue how the ‘birth’ of the modern sexual citizen in India can be directly owed to the pleasures of privacy, and how capital (and its vicissitudes in the market and the state) needs Desire 1 to continuously reproduce itself. The paper will conclude by emphasising on the urgency of recovering the ‘voice’ of Desire 2 – through the registers of resistance, solidarity and insurgency – to historicize ‘Indian’ sexualities not from a subject-position from within History 1, but from a location of alterity made available by History 2.

ABOUT THE LECTURE: The lecture will last for 40 minutes followed by a discussion for 20 minutes. Coffee and snacks to be served after the lecture is over.

View all posts by jilsblognujs